On May 12, one of the worst cyber attacks to date, called the WannaCry attack, began to unfold across the globe, affecting 104 countries, including the U.S., and disabling more than 200,000 computer systems.

They cyber attack paired ransomware that encrypts computers and demands payment, with a worm that enabled it to spread quickly. While ransomware and worms are not new, combining them demonstrates a shift in hacking tactics. 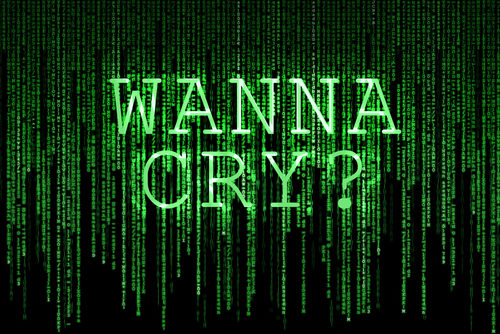 Hardest hit were large enterprises, universities, hospitals, and governments. The WannaCry ransomware infected computers and encrypted all the data stored on their hard drives, essentially rendering them inaccessible. In order to release them, users had to pay a ransom demand ranging between $300 and $600 in Bitcoin.

Those who were hit with the attack were using Microsoft Windows operating systems and had not taken advantage of a free patch upgrading the security of the system, while others were using Windows 7, XP and other older or unsupported versions. In fact, it is reported that 98% of the computers affected were running a version of Windows 7. Although Microsoft later released the patch to everyone, it was too late for those whose computers had been compromised.

Cybercrime remains one of the most significant risks to both companies and individuals today, thanks to our reliance on computers. And it is growing exponentially every year. Protect your computer by:

Fortunately, online security solutions are improving. Netlok has introduced a patented technology called Netlokr that replaces vulnerable passwords and provides a cloud-based system that enables private messaging and completely secure file sharing and storage.  Netlokr is the most secure, hacker-resistant product available on the market today.

Netlokr is a brand new product that replaces vulnerable passwords with a patented photo technology and combines it with a cloud-based cybervault, which allows you to conduct private messaging, file sharing and file storage in a complete secure environment. It takes your communications off of other networks such as Microsoft, and protects them from ransomware and hackers.  Register now, no credit card needed: https://44.228.180.48/free-trial.