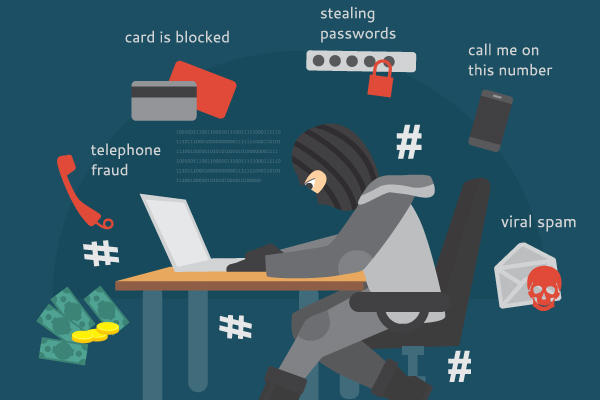 Online scams are not just restricted to your email spam folder. In fact, they’re almost everywhere you look, including on some of the world’s most popular sites. Blogs and other websites need to support themselves somehow, and they typically do so by on-site advertising. However, while the website itself might be perfectly legitimate, some of the advertising networks they work with are guilty of peddling a lot of junk or, worse still, becoming the favourite marketing tools for scammers and spammers. For example, in 2016, American business magazine Forbes partnered with major advertising network Revcontent, which is commonly used by deceptive advertisers.

Scammers will do anything they can to try to dupe you into buying their useless, often ‘informational’ products. One of the cheapest tactics is to use eye-catching imagery to attract your attention, only these images are usually completely unrelated to the actual topic of the advertisement. For example, you might wonder how an image of a supermodel is supposed to be related to making money or how a close-up of a woman’s bust is supposed to be related to a real-time strategy video game (Evony). Others simply use clichéd stock photos, such as things associated with great wealth or happy corporate people.

Email accounts are generally quite good at picking up spam emails by using methods such as detecting words and phrases that spammers are most likely to use. Nonetheless, it appears that online scammers haven’t learned a thing in recent years, and they still desperately try to target common spam phrases, such as ‘make money online’ or ‘free money’. Others try to confuse people and spam filters alike by using a load of arbitrary numbers, hyphens and other symbols that don’t serve any particular purpose. A lot of spam, both on websites and in emails, is automatically generated to the extent that it hardly even makes sense to human readers.

If there’s one unbreakable rule that you should always abide by when it comes to avoiding online scams it’s that, if something seems too good to be true, then it is. Scammers love to make lofty promises, often accompanied by some randomly picked high number to make it look as though they actually put some thought into creating the spam advertisement in the first place. Such scammers often use blatant scare tactics as well or try to create controversy. Fortunately, the shock tactics and absurdly lofty promises are so obvious, that very few people actually click on them. No, you’re not going to make $1420 a day by clicking on a picture of piles of money.

Fake news websites are, in essence, quite similar to Web-based phishing scams, although they are not usually fraudulent in nature, at least insofar as the law is concerned. These websites, which are designed to look like real news websites, are generally allowed to exist because they exploit a legal loophole by providing an often overlooked disclaimer at the bottom of the page. If you click on any links on these websites, you’ll end up going nowhere, since the entire page is actually just a landing page masquerading as something else. Even the social sharing button won’t work, and the comments beneath the article, filled with fake testimonials, are also fake.

Unfortunately, there’s not really any safe and reliable way to shield yourself completely from online scam advertisements like those exhibiting the aforementioned traits. Ad blockers sometimes do more harm than good, and avoiding all websites that sometimes display dubious on-site advertising is also not very practical. Instead, you need to learn how to identify common online scams, the most common of which concern the finance and health industries. Fortunately, most of them become very obvious after a while, and they’ll start to bypass your attention completely.