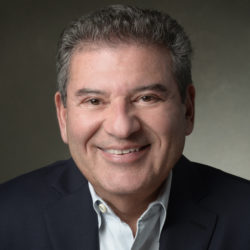 Tony Perez carved out a successful career in building businesses around break-through products rooted in technology, security and innovation. His first security experience occurred when he received a U.S. Army “secret” clearance to work with nuclear tactical weapons. Mr. Perez received a field promotion to U.S. Army Captain, Artillery, and was awarded the Purple Heart in combat. This military experience grounded him in the importance of security best practices, which he implements in working with new product development.

His initial start-up experience was with IMAGIC, a video gaming business, where he served as Vice President of Operations. He built the department from the ground up, overseeing manufacturing operations and steered the company to $70 million in video games shipments worldwide in his first year. Mr. Perez later founded Safety Syringes, a suite of medical devices where he received 10 U.S. patents and FDA approval for 5 medical devices. In 2012, the company was sold to Becton-Dickinson, a leading global medical device technology company.

Mr. Perez is a futurist who became intrigued with cyber-technology and the growing danger of cyber-attacks at scale, that led to identity theft, ransomware, etc. In an online world where large-scale devastating hacking events were becoming commonplace, his research pointed out that passwords needed to be replaced. As a behavioralist, he determined that creating a user-friendly passwordless login was the best approach to helping online users to protect themselves and their organizations. He created a unique identity and authentication technology (called Photolok®) that replaces passwords and/or passphrases with greater online security.

In July 2017, Mr. Perez received his first U.S. Patent and, in 2018, his second U.S. Patent for his photo-based authentication technology (branded as Photolok). In October 2017, Netlok started to receive innovation awards for its state-of-the-art authentication.

Today Photolok MFA is serving as a foundation for positioning Netlok as a disruptive company in passwordless Identity and Authentication. Netlok is currently offering Photolok through Auth0’s Marketplace as a Social Connections Partner. Photolok MFA can be used by Zendesk customers as an alternative to Zendesk’s SSO password login.

Mr. Perez received his bachelor’s degree in Political Science from California State University in Los Angeles and dual master’s degrees in Public Administration and Healthcare Administration from the University of Southern California where he also focused on Future Studies, Behavioral and Organizational Theory. He is an insightful, engaging, dynamic and passionate speaker on cyber-security, and his TEDx talk entitled “Black Hats Rising” gained an enthusiastic response. Mr. Perez enjoys living in Santa Barbara, CA. 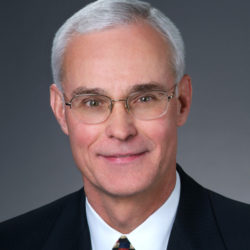 Chris Sherman is a business strategist and operational leader who thrives on helping companies advance through smart, disciplined approaches. With 25 years of senior leadership and management experience in the security space and a range of other industries and having led 2 startups, Sherman brings the kind of intuitive thinking and decisive action that a company like Netlok needs to move from promising start-up to successful enterprise.

Sherman brings directly relevant experience in the security industry through his work with Inter-Con Security Systems, one of the largest privately held security companies in the world. During his eight years with the company, he served as Chief Operating Officer, Chief Financial Officer, and Chief Administrative Officer. He worked with clients at the federal and state government levels, including the Department of State and a number of foreign government embassies. In addition, he served a variety of public and privately held companies across many different industries in eighteen countries.

Sherman also served as Executive Vice President of IndyMac Bank and was responsible for the Global Resources Group, which conducted the bank’s sizable offshoring programs, non-traditional workforce, and talent acquisition functions. From there, he joined InfrastructureWorld as Executive Vice President and Managing Director, where he led the company’s CleanTech business and financing and investing activities primarily outside the U.S. Sherman also spent 7 years at McKinsey & Company where he focused his work on corporate strategy.

Sherman holds a Bachelor of Science degree with Honors in Economics from Purdue University and a MBA from Harvard Business School. He has served on a number of corporate and non-profit boards. He is based in Los Angeles. 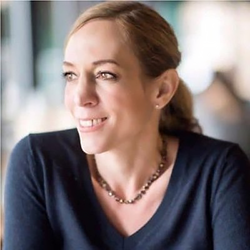 Lisa Loeffler is a strategic marketing leader with over 20 years of experience in driving business growth through performance-based marketing strategies.

Throughout her career, Loeffler has demonstrated success in leading cross-functional teams and collaborating with internal and external partners to deliver results. She is known for her ability to conceptualize and capitalize on opportunities for startups and rapid growth organizations.

Loeffler’s greatest strengths are her creativity, drive and leadership. She thrives on challenges, particularly those that expand an organization’s financial revenue growth. Her most recent project grew a livestream program that resulted in annual revenue of $18M – an increase from $7M the preceding year with 1000s attending live monthly.

Loeffler holds a Bachelor of Arts degree from Arizona State University and has served on a number of nonprofit boards. She is committed to fostering a culture of innovation and continuous improvement and is dedicated to helping her team members develop their skills and reach their full potential. 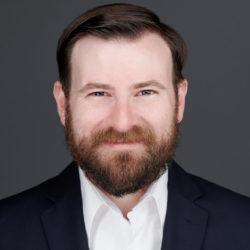 Over a 20 year career, Keith has been involved in developing complex systems for commercial, military, startups, and financial institutions. As a lead developer and architect, Keith has been instrumental in designing overall system architecture to handle high transaction volumes, integrity of data and maintainable infrastructure. He has an extensive track record with enterprise systems, API design, queuing, server-push, cryptography, and security – including the following experiences: 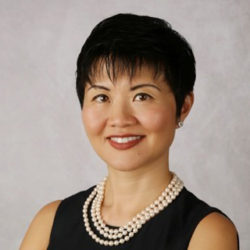 Ms. Kapur earned her bachelor’s degree in Computer Information Systems and Business Administration from Thomas More College and an MBA from The Wharton School, University of Pennsylvania. She is an active member of her alma mater alum community, serving on the committee of the Annual Joseph Wharton Awards, co-chair of the Wharton Women Network, and CFO of Wharton Club NY. Ms. Kapur supports ESG initiatives through horse rewilding and serves on the board of directors at Cana Foundation.